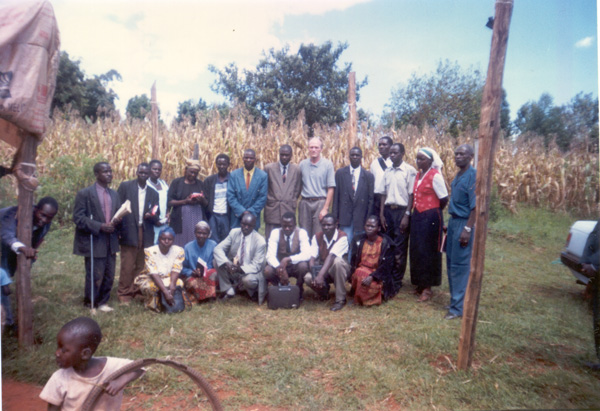 From the very early stages, God began to use this ministry in countries outside the United States. The first indication was when I began to receive email addresses with “strange” endings: like .za, .ke, and .sg. After a little research I learned that these represented different countries – like South Africa (.za), Kenya (.ke), and Singapore (.sg). I started to receive notes of encouragement from people around the world saying how God was using this ministry to draw them closer to His side – this was awesome! I began to see a much larger Family of God!! When I did my first book distribution in 2000, I mailed out about 2500 books and received about 400 requests from Africa. That began to stir the desire to visit Africa.

From the years 2000 to 2004 I mailed over 10,000 books to individuals in Africa and have corresponded with many, but the time never seemed right to actually make a trip. In May of 2004 we sold our home and moved to a smaller place in the country. After getting settled, my wife came to me and said; “You’ve been talking about visiting Africa for several years. Well, it looks like now would be a good time.” I often tell people that, as a Christian, we must learn to listen carefully for the voice of the Holy Spirit and then follow where He leads. But it always amazes me how often the voice of the Holy Spirit sounds just like my wife. If she was saying I need to go, it MUST be time to go!

I decided to visit Kenya and South Africa based simply on the number of books I had sent to different countries. I send far more books to South Africa than to any other country and Kenya comes in second. I then chose the general dates of late September and early October…and then I worked real hard to stay out of God’s way!

I was overwhelmed with the email response I received from Africa asking me to visit. Then I was terrified when I realized they were asking me to preach in their churches. Wait a minute God, I didn’t know this was part of the deal! But in spite of the very serious fear, I continued to trust and step…and He paved the way and blessed!! 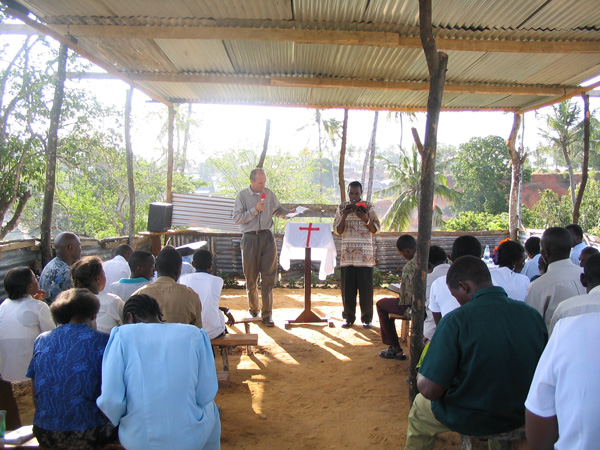 From 28 September to 16 October, I visited three main cities in Kenya (Nairobi, Mombasa, and Kitale) and three main cities in South Africa (Johannesburg, Durban, and Richards Bay). Each place I went I was greeted at the airport by someone I only knew through the email contact of this ministry; I stayed at their homes, ate their food, and fellowshipped together in a wonderful way. I was also given the opportunity to preach the good news of Jesus to 24 different groups in 16 days. The first sermon I ever preached was in Nairobi Kenya with a Swahili interpreter. I’ve made some friends that I know will last a lifetime and I am now continually praying about what God wants me to do with what I learned on this trip and where He wants me to go from here.

On these pages (the links to cities in Kenya and South Africa), I want to begin the process of sharing some of my experiences from the Africa trip of 2004. For now, this is mostly pictures and short notes. But I hope that you will see a step of faith and be encouraged that when God calls we simply need to obey and follow. He is a mighty God who can absolutely be trusted – and following His path is the most exciting adventure you can imagine! I’m sure I will be making more trips in the future (see Africa05). If you would like to assist in this effort, please designate “Missions” on your donation (see Support).