A God of Convenience 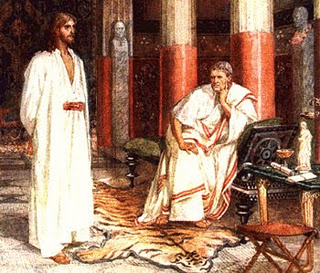 Paul had been arrested and sent to Caesarea to stand trial before Governor Felix. During his trial, Paul spoke of his worship of God and belief in His Word. Felix kept Paul in prison, but often talked with him about his faith.

Acts 24:24-25
“He sent for Paul and listened to him as he spoke about faith in Christ Jesus. As Paul discoursed on righteousness, self-control and the judgment to come, Felix was afraid and said, ‘That’s enough for now! You may leave. When I find it convenient, I will send for you.'”

Governor Felix had the ability to hear the gospel from the greatest theologian of all time and yet failed to act on what he heard.

Several years earlier, Herod had arrested John the Baptist for speaking against his marriage (Herod was married to his own brother’s wife). Though Herod wanted to kill John, he also feared and respected him because he was a righteous and holy man: “When Herod heard John, he was greatly puzzled; yet he liked to listen to him” (Mark 6:20). Herod liked to listen to John’s uncompromising message of repentance, and yet he failed to act on what he heard.

When Jesus was arrested, Pilate came face to face with the Son of God. He heard Jesus calmly claim to be King of the Jews and to have special favor from God; “You would have no power over Me if it were not given to you from above” (John 19:11). Pilate listened to Jesus, found no fault, and tried to set Him free (John 19:12); but in the end, Pilate failed to act on the truth.

Most of us experience a wonderful religious freedom today. We have free access to God’s Word and can usually find a local church willing to preach the truth. Yet, how often do we fail to act on what we receive? How often do our religious activities become cold and mechanical, lacking any real interest? “These people come near to Me with their mouth and honor Me with their lips, but their hearts are far from Me” (Isaiah 29:13).

If our worship does not invade every area of our life, then God is not on the throne of our life. We must trust Him in ALL things! We ought to have a passion for His Word as well as an uncompromising willingness to act. We should long for His presence and obediently follow each and every day – not just during our once a week worship.

Let’s NEVER put God on the shelf or ask Him to be “on-call.” He’s the Creator of the Universe who has called us to a committed life of full time worship. Let’s follow where He leads and never treat our Heavenly Father as a God of convenience.