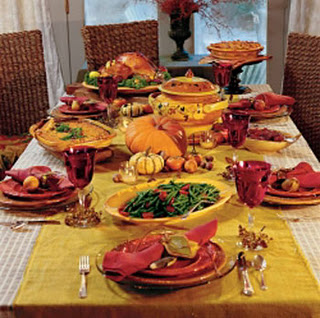 Today is Thanksgiving in the United States. Every year is a little different, but this year we will be with my wife’s family – her mother, two brothers, a sister, spouses, and lots of kids. By the time we get ready to eat, sometime in the early afternoon, there will be almost twenty of us. It should be a very exciting time. But before anyone is allowed to take a bite, I will most likely be asked to say a blessing. So I’ve been thinking…what does it really mean to say a blessing before a meal?

Many people all around the world say some kind of blessing before they eat. Even those who don’t really believe in God will bow their heads before a meal, especially in a larger group. I did a little research and found meal blessings written for Native American, Buddhist, Hindu, Islamic, Jewish, as well as various Christian traditions. I found New Age, Wiccan, Interfaith, and even Atheist blessings. It seems that saying something before a meal is part of an accepted tradition which crosses many cultural and religious boundaries. Perhaps one of the reasons it is so accepted is that we don’t really think much about what we are doing when we bow in prayer.

Why do we pray before a meal anyway? And which meals warrant a prayer? The Bible contains many passages which call us to give thanks as a general attitude of Christian living; “O Lord my God, I will give you thanks forever” (Psalm 30:12). But there is not a single passage which says we must give thanks before a meal. The closest would be when Jesus fed the five thousand, fed the four thousand, and when He broke bread with the disciples at the last supper. In each case Jesus simply gave thanks.

Luke 9:16
“Taking the five loaves and the two fish and looking up to heaven, he gave thanks and broke them. Then he gave them to the disciples to set before the people.”

Jesus gave a wonderful example of giving thanks for what God had provided and for how He would use the provision for His glory. And perhaps that’s the point. Everything is from God to be given back to God.

No, there is no command to pray before a meal. God won’t be mad or disappointed if we fail to pray anymore than He is disappointed when we fail to give thanks for the air we breath. But meal time can be a unique opportunity to stop – just for a moment – and refocus our hearts on the One who created all things, gave us His Son as a sacrifice for sin, and calls us into His presence for all eternity. So as we gather together – whenever we gather – let’s truly give thanks as we turn our hearts to the almighty God and say the blessing.