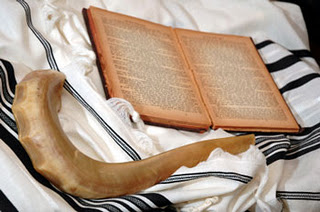 In the message “An Unknown God” we were encouraged to live a life of sincere love and faithful service while we worship a God we truly know and adore. But this type of consistent life, where our daily activities match what we profess to believe, does not come easy or initially feel natural. Living such a life requires a firm commitment and a determined perseverance.

King Asa was the great-grandson of Solomon and led the southern kingdom of Judah about 900 years before Christ. He began his reign with ten years of peace because he “did what was right in the eyes of the Lord his God” (2 Chronicles 14:2). Asa took definite action to remove the idols and places of false worship from the country and commanded his people to “seek the Lord and to obey His commands” (2 Chronicles 14:4).

When Judah was invaded by a foreign army, Asa realized he was greatly outnumbered with little hope of victory. As he went into battle, his faith was strengthened while calling on God: “Help us, O Lord our God, for we rely on You, and in Your name we have come against this vast army. O Lord, You are our God; do not let man prevail against You” (2 Chronicles 14:11).

After God granted them victory on the battlefield, the people gathered in Jerusalem to solidify their commitment by making a covenant to follow God.

2 Chronicles 15:12,15
“They entered into a covenant to seek the Lord with all their heart and soul. All Judah rejoiced about the oath because they had sworn it wholeheartedly. They sought God eagerly, and He was found by them.”

Every child of God has a deep hunger for a more committed life. Once we have answered God’s call and begun our journey with Him, we will not be at peace until His praise fills every area of our life. But this requires we establish priorities which allow us to actually spend time getting to know Him – His ways and His love.

Our Heavenly Father longs for us to abide in His presence; He rejoices when He is found by those who seek Him in a committed life of worship. He even promises to help those who begin down a committed path; “For the eyes of the Lord range throughout the earth to strengthen those whose hearts are fully committed to Him” (2 Chronicles 16:9).

Our time on this earth is very, very short. Let’s not waste another day by aimlessly wandering through life, allowing the concerns of this world to choke off our relationship with God. Let’s live with purpose and eagerly commit to seek Him with all our heart and soul – to seek Him “wholeheartedly.” Let’s make the decision today to enter into an eternal covenant of worship.