Give From The Heart 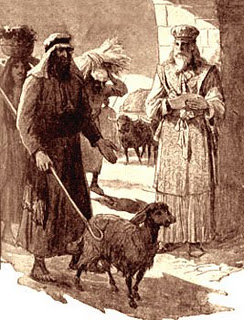 In the book of Malachi, God called the people of Israel back to the law He established 800 years earlier with Moses. God spoke of the necessity of a pure sacrifice (Malachi 1:7-8), and the need for the priests to speak a message of truth (Malachi 2:7-8). He also addressed the issue of giving back a portion of our resources – a portion referred to as the tithe.

Malachi 3:8, 10
“Will a man rob God? Yet you rob Me. But you ask, ‘How do we rob You?’ In tithes and offerings. Bring the whole tithe into the storehouse, that there may be food in My house.”

The principle of an offering began with Cain and Able (Genesis 4:3-4). Abraham then demonstrated the concept of the tithe when he gave Melchizedek “a tenth of everything” (Genesis 14:20). But systematic tithing was not established until God gave the law to Moses, (Leviticus 27:30-33).

In the time of Malachi, God not only called for a return to the discipline of tithing, He also directly linked tithing to blessings and gave the ultimate challenge: “Test Me in this and see if I will not throw open the floodgates of Heaven” (Malachi 3:10). God certainly never “owes” us because of anything we do; but His Word contains a consistent call to obedience, and true obedience always results in true blessing.

When Jesus died on the cross, He fulfilled the law for all who believe. And though the legalistic letter of the law has passed away, the intent of the law (which is the heart of God) remains for all time; “These {laws} are a shadow of the things to come; the reality, however, is found in Christ” (Colossians 2:17).

The intent, or “reality,” of all the law is that God is Lord over ALL areas of our life. The law teaches this truth and shows us how far short we fall of His standard. The purpose of the law was much more than teaching us to comply with a written code. The shadow contained in the written law says “Thou shalt not kill,” but the reality in Christ says to not even have hatred in our heart, (Matthew 5:21-22). The shadow in the law also says “Thou shalt not commit adultery,” but the reality in Christ says to even refrain from lust (Matthew 5:27-28).

When we debate about the “rules” of how much and where to give, we are focused on the shadow and miss the reality of Christ – He is Lord of ALL! As we focus our eyes on Christ, we will give. We will give generously, “not reluctantly or under compulsion” (2 Corinthians 9:7). We will gladly give of our time, talents, and finances to whatever need He directs. And as we give and join in His work, we will better understand His true blessings. When He is truly Lord of all, we will not simply give according to a “formula” dictated by the law, we will live under His grace and give according to the law’s intent. When He is Lord, we will cease to rob God and will joyfully give our lives as we give from the heart.

One response to “Give From The Heart”