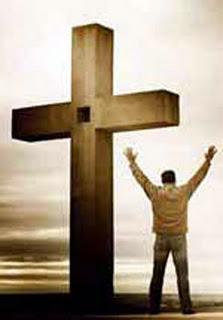 In the message “Dedicate His Temple” we saw that through the forgiveness of Jesus and the indwelling of the Holy Spirit, we are now God’s Temple; “Don’t you know that you yourselves are God’s Temple and that God’s Spirit lives in you?” (1 Corinthians 3:16). And as with the Temple during the reign of King Solomon, we are to dedicate ourselves for worship and be filled with His glory (2 Chronicles 5:13-14).

When Moses came down from the mountain, “his face was radiant because he had spoken with the Lord” (Exodus 34:29). The presence of God did not cause Moses’ face to simply shine with a joyful glow, it beamed with a fear-causing glory; “When Aaron and all the Israelites saw Moses, his face was radiant, and they were afraid to come near him” (Exodus 34:30). After Moses spoke to the people, he “put a veil over his face” (Exodus 34:33) to ease their fear as well as cover the fact that “the radiance was fading away” (2 Corinthians 3:13).

These examples of God’s glory give us a sense of awe. God’s glory reflects His character – His majesty, holiness, and awesome power. As believers in Jesus Christ, we are now God’s Temple and “ministers of a new covenant” (2 Corinthians 3:6). We are no longer like Moses who had to cover his face with a veil. Jesus has removed the veil and we can boldly reflect His glory into a lost and dying world.

2 Corinthians 3:18
“And we, who with unveiled faces all reflect the Lord’s glory, are being transformed into His likeness with ever-increasing glory.”

When we believe in Jesus as our Lord and Savior, we begin to reflect the glory of the Lord from within as we are transformed into the image of Christ. This transformation produces a glory which is intended to increase for the rest of our days. We will never attain the full likeness of Christ until we see Him face to face; but, with every step along God’s path, we become more and more like His Son. And as we are transformed, the radiant-blocking “self” is slowly removed and we are better able to reflect His glory.

We must continue down His path. We must take daily steps toward a life which reflects the glory of the Lord into the darkness that surrounds us. Heavenly Father, we pray for the strength to more fully surrender and reflect You into this world with an ever-increasing glory.