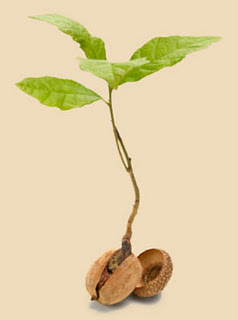 After entering the promised land, the Israelites were ruled by a series of Judges. This time was characterized by God’s discipline when the hearts of His children turned away, and deliverance when they repented and cried out for help. Unfortunately, this cycle was repeated many times! Deborah led the Israelites to forty years of peace, but then; “the Israelites did evil in the eyes of the Lord, and for seven years He gave them into the hands of the Midianites” (Judges 6:1).

After seven years of oppression, “Midian so impoverished the Israelites that they cried out to the Lord for help” (Judges 6:6). The Israelites were living in such fear that when God answered their cry and called Gideon to be the next deliverer of Israel, he was “threshing wheat in a winepress to keep it from the Midianites” (Judges 6:11). Gideon would eventually lead a small army to victory and rule Israel for another forty years; but when God first called, he was fearfully sifting grain for his next loaf of bread.

Judges 6:14-15
“The Lord turned to him and said, ‘Go in the strength you have and save Israel out of Midian’s hand. Am I not sending you?’ ‘But Lord,’ Gideon asked, ‘how can I save Israel? My clan is the weakest in Manasseh, and I am the least in my family.'”

Gideon was scared and saw himself as one with little worth, “the least in my family,” but God saw the next brave leader of a nation. Gideon saw weakness, but God saw strength. Gideon saw his past failures, but God saw the future victories of a mighty warrior. Gideon’s vision required him to fearfully work for his next loaf, but God’s vision was calling Gideon to boldly lead many others closer to His side.

God sees each of us much differently than we see ourselves; “Man looks at the outward appearance, but the Lord looks at the heart” (1 Samuel 16:7). Not only does God see deeper, He sees with an expanded spiritual spectrum which we can scarcely imagine. Our Father is intimately aware of all our failings…and He loves us anyway! He not only sees who we are, but also who we will become as our heart is fully devoted to Him and we learn to walk in step with His Spirit. He sees every opportunity we will ever have to glorify His name.

Let’s put aside the baggage of our past which clouds and distorts our view. Let’s refuse to look through the filter of our present understanding and perceived limitations; “fix our eyes not on what is seen, but on what is unseen” (2 Corinthians 4:18). God has called us into His Glorious Kingdom, uniquely equipped us for His service, and given us an assignment to share His love and truth. Our Heavenly Father sees our full potential as we walk in His strength. Let’s answer the call and move forward with confidence as we trust His vision.