The Gift of Eternal Life 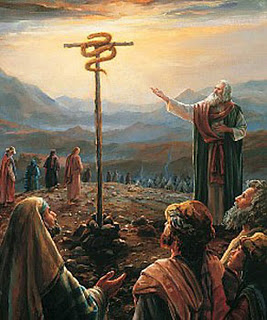 In our last few messages we have seen that being discipled is a life-long process which begins prior to Salvation with a clear presentation of the gospel and continues all the rest of our days. As Jesus was talking with Nicodemus, He began the process of discipleship by giving clear instruction on belief and eternal life.

John 3:16
“For God so loved the world that He gave His one and only Son, that whoever believes in Him shall not perish but have eternal life.”

The moment we truly believe, our heart is transformed and we are given the gift of eternal life; “It is by grace you have been saved, through faith” (Ephesians 2:8). However, we need to consider what Jesus meant when He said, “whoever believes in Him.” The prior verses help yield a better understanding; “Just as Moses lifted up the snake in the desert, so the Son of Man must be lifted up, that everyone who believes in Him may have eternal life” (John 3:14-15).

When Moses led the people of Israel out of Egypt, they soon began to complain: “Why have you brought us up out of Egypt to die in the desert? There is no bread! There is no water! And we detest this miserable food!” (Numbers 21:5). God punished the people for this sin by sending poisonous snakes. Many began to die from snake bites, so they went to Moses and said: “We sinned when we spoke against the Lord and against you. Pray that the Lord will take the snakes away from us” (Numbers 21:7).

Moses prayed and God replied: “Make a snake and put it up on a pole; anyone who is bitten can look at it and live” (Numbers 21:8). To be saved from the snakes, the people had to recognize their sin, repent of their sin, and understand death was certain without God’s intervention. They then had to believe God’s Word and act in faith; “Look at the snake and you will live.”

Our Salvation “process” is the same today. We have all been snake-bit by sin! We must recognize our sin (Romans 3:23), desire to turn away from our sin (repentance), and understand eternal death is certain without God’s intervention (Romans 6:23). We must then believe God’s Word: “God presented Him {Jesus} as a sacrifice of atonement, through faith in His blood” (Romans 3:25). His sacrifice paid the penalty for our sins! “Everyone who believes in Him receives forgiveness of sins” (Acts 10:43). We must believe the sacrifice of Jesus is sufficient for complete forgiveness and then act on that belief by submitting our life into His hands, trusting in Him and Him alone!

God gave us His Son, that whoever, by faith, enters through the gate of forgiveness – whoever “believes in Him” – will not perish but receive the gift of eternal life.