Build According To The Spirit 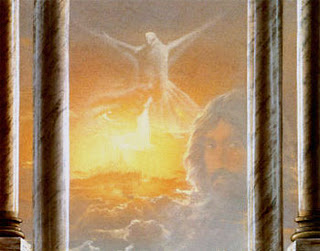 When the armies of Babylon made their final invasion of Jerusalem, they took many captives into exile and completely destroyed the temple – destroyed God’s dwelling among His chosen people. After many years, a group of Israelites were allowed to return to Jerusalem and rebuild.

This group began the work with great excitement: “With praise and thanksgiving they sang to the Lord, ‘He is good; His love to Israel endures forever'” (Ezra 3:11). But they soon encountered opposition; “The peoples around them set out to discourage the people of Judah and make them afraid to go on building” (Ezra 4:4). The opposition grew until all construction came to a standstill.

God sent a message through the prophet Haggai to encourage His people to return to their important task.

“Be strong, all you people of the land,” declares the Lord, “and work. For I am with you,” declares the Lord Almighty. “This is what I covenanted with you when you came out of Egypt. And My Spirit remains among you. Do not fear.”

God encouraged the people to continue building the temple by reminding them He was still with them. He had rescued His people from slavery so He could dwell among them, and He had given His Spirit as a guide and comforter; “They were given rest by the Spirit of the Lord. This is how You guided Your people” (Isaiah 63:14).

Today, WE are His temple, being built for His glory: “Don’t you know that you yourselves are God’s temple and that God’s Spirit lives in you?” (1 Corinthians 3:16). The same Spirit who was given to be with God’s chosen people of the past is the same Spirit who now fills us and gives us the power to live a victorious life in Christ; gives us the power to build according to God’s perfect plan.

We have all heard and read the truth – we know how Christ desires for us to live – but the Spirit is given to “guide you into all truth” (John 16:13). Jesus said the Holy Spirit will “remind you of everything I have said to you” (John 14:26). The Truth is our only building material, and the Spirit holds the only plans. He will guide and direct as we listen and prepare our heart to follow.

God sent His Son to set us free from sin, and He gave us His Spirit so we may live in freedom and build a temple which glorifies His name. There are many in the world who seek to discourage and make us afraid to continue building, many who create fierce opposition. But let’s continue the work He has already begun. Let’s continue to walk in victory and daily build according to the Spirit.