Return to Give Thanks 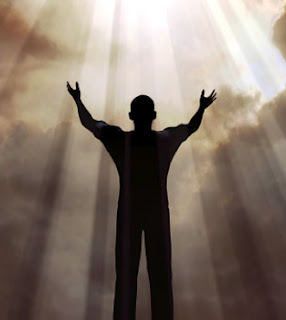 One day when Jesus was traveling from Galilee to Jerusalem, ten men with leprosy approached Him and called out; “Jesus, Master, have pity on us!” (Luke 17:13). Jesus didn’t immediately heal the lepers; rather, He gave them a simple instruction; “Go, show yourselves to the priests” (Luke 17:14).

A leper would only present himself to a priest if he believed the leprosy was gone. The priests had the authority to declare a diseased person ceremonially clean and allow them to return home (Leviticus 14). Therefore, the lepers demonstrated great faith when they followed Jesus’ command; “And as they went, they were cleansed” (Luke 17:14). Notice that the lepers had to take action before they were healed – their action was a demonstration of their faith.

Though all ten lepers had been cleansed of their terrible disease, only one returned to give thanks; “He threw himself at Jesus’ feet and thanked Him” (Luke 17:16). Jesus responded with a very convicting question.

I wonder if we really understand the degree to which we have been healed and made clean; “God made us alive with Christ even when we were dead in transgression” (Ephesians 2:5). We were DEAD, and He made us alive with Christ – that’s serious healing!! Our Heavenly Father reached down in love and provided a way for complete restoration when we did not even have the ability to cry out for help; “While we were still sinners, Christ died for us” (Romans 5:8) – that’s serious love!!

But do we return to thank Him? Or are we as the other nine lepers who go on our way and forget the One to whom we owe our very lives.

The one leper who returned threw himself at Jesus’ feet. If we knew how deathly ill we are without Christ and how completely He has healed our soul, we would not only throw ourselves at His feet, but we would remain and refuse to ever leave. Let’s live each day in the presence of God and continually come before Him with hearts overflowing with thanksgiving and praise. Let’s remember our divine healing and ALWAYS be the one who will return to give thanks.