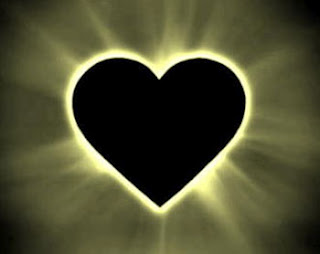 When God called Jeremiah to be a prophet, the people of Jerusalem had been living in sin for a very long time. It had been 300 years since the kingdom of Israel divided; and, despite God’s patient warnings, the people continued to rebel and worship other gods.

God finally told Jeremiah He would no longer endure this continued rejection; “I have withdrawn My blessing, My love and My pity from this people” (Jeremiah 16:5). God also said that because of the many years of rebellion, destruction was now certain; “I will bring an end to the sounds of joy and gladness” (Jeremiah 16:9). He then told Jeremiah how to respond to the inevitable cries and complaints.

Jeremiah 16:10-12
“When you tell these people all this and they ask you, ‘Why has the Lord decreed such a great disaster against us? What wrong have we done? What sin have we committed against the Lord our God?’ then say to them, ‘It is because your fathers forsook Me,’ declares the Lord, ‘and followed other gods and served and worshiped them. They forsook Me and did not keep My law. But you have behaved more wickedly than your fathers.'”

This is a difficult message. God is characterized by extreme grace and patient love…but He has His limits. He will not tolerate continual disobedience. If we claim to be a child of God we must deal with the very real issue of sin. God hates sin because it causes separation from those He loves.

Continual and unrepented sin causes us to lose the ability to recognize our sin. It becomes a cancer which causes our heart to turn cold and dark, unable to even hear the conviction of the Holy Spirit; “For although they knew God, they neither glorified Him as God nor gave thanks to Him, but their thinking became futile and their foolish hearts were darkened” (Romans 1:21). Sin clouds our vision and causes us to drift further and further from God’s path.

The people of Jerusalem could no longer recognize their sin – they stood before God in their wickedness and boldly asked: “What wrong have we done?” Today, we are at risk of becoming equally darkened anytime we fail to address the sin which continues to push into our lives. What activities have we begun to tolerate? What behaviors have we begun to accept? What “teachings” from the modern media have we begun to receive? What sin has begun to fill our heart?

If our eyes were truly opened, would we be surprised to see how far we’ve compromised and strayed? Let’s recommit our lives to holiness, purity, worship, and absolute love for God. Let’s allow His light to indwell EVERY area of our life. Let’s repent of our sin and refuse to live with a darkened heart.