Whom We Will Serve 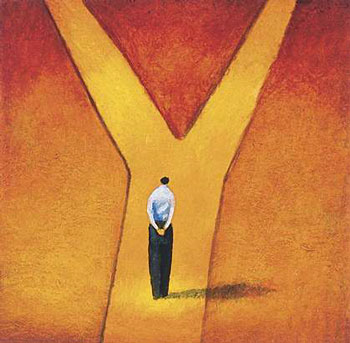 Joshua led the people of Israel into the promised land of Canaan and helped them fight many battles. Toward the end of his life, Joshua gathered the leaders of Israel for some final encouragement: “You yourselves have seen everything the Lord your God has done to all these nations for your sake; it was the Lord your God who fought for you” (Joshua 23:3).

Joshua wanted the leaders to know that God would continue to fight for them; but he also wanted them to know that God expected obedience to His Word: “If you violate the covenant of the Lord your God, and go and serve other gods and bow down to them, the Lord’s anger will burn against you” (Joshua 23:16). Joshua then gathered all the people and told them the time had come to make a choice.

Joshua 24:15
“But if serving the Lord seems undesirable to you, then choose for yourselves this day whom you will serve, whether the gods your forefathers served beyond the river, or the gods of the Amorites, in whose land you are living. But as for me and my household, we will serve the Lord.”

The Israelites had seen God’s mighty hand as they fought their enemies in Canaan, and had heard many stories of God’s protection as He led them out of Egypt – the time had now come to make a decision. Either they would commit to serve the Lord with ALL their heart, or they would serve the man made gods of the world.

We face the same decision today. We either decide to follow and serve Jesus, or we have decided to serve the priorities and “gods” of this world. There is no middle ground, a choice must be made! And failure to choose is itself a choice; “Whoever believes in Him is not condemned, but whoever does not believe stands condemned already because he has not believed in the name of God’s one and only Son” (John 3:18).

Everyone must make their own decision about Jesus. However, each of us has a wonderful opportunity to influence others…especially those in our family. Notice that Joshua boldly spoke for his entire home: “WE will serve the Lord!” We can’t force others to drink – and we can’t quench their thirst by drinking for them – but we can definitely lead them to the water.

We can no longer float through life waiting to see where the pulls of this world will lead; we must live with intention and purpose, and decide once and for all to serve God with unrestricted devotion. Today, we stand at a crossroad and must choose. Today, we must choose whom we will serve.

2 responses to “Whom We Will Serve”