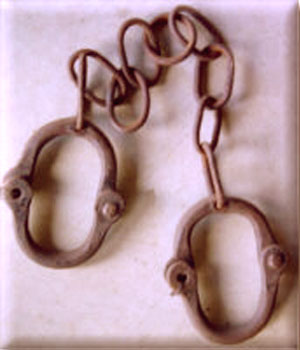 In the message “Faith to Move Mountains” we saw that, though our faith may appear small, all genuine believers in Jesus Christ have the faith to move any and all mountains which stand between us and a close relationship with our Heavenly Father. HOWEVER…Not all trials represent mountains which must be moved! Many things we view as obstacles are perfectly aligned with God’s plan. This can definitely be a difficult and unpopular message!

Our Christian walk never promises freedom from trouble. In fact, Jesus promised us just the opposite; “In this world you will have trouble” (John 16:33a). Fortunately, Jesus immediately followed these words with a message of hope; “But take heart! I have overcome the world” (John 16:33b). Though trials may come and remain much longer than we would like, we can still be set free by abiding in The One who has overcome.

The Apostle Paul had many trials during his ministry: “Five times I received from the Jews the forty lashes minus one. Three times I was beaten with rods, once I was stoned, three times I was shipwrecked, I spent a night and a day in the open sea” (2 Corinthians 11:24-25). But Paul was able to keep his trials in proper perspective by focusing on what was eternally relevant; “I consider that our present sufferings are not worth comparing with the glory that will be revealed in us” (Romans 8:18).

Toward the end of his ministry Paul was arrested for the “offense” of preaching the gospel. While awaiting trial in Rome, Paul spent two years under the guard of a Roman soldier and wrote a wonderful letter of encouragement to the Philippians: “Rejoice in the Lord always. I will say it again: Rejoice!” (Philippians 4:4). Though he was confined, Paul allowed himself to be used by God to encourage many others toward an increase in their faith.

Philippians 1:14
“Because of my chains, most of the brothers in the Lord have been encouraged to speak the word of God more courageously and fearlessly.”

Every time we experience a trial, the world watches to see the substance of our faith. Often, there is no better witness than to continue to trust and praise in the middle of our own trials. The best way to show that God is real is by making Him real in our own life.

Let’s take a new look at our trials. Some are truly mountains which must be moved; but others are simply the chains we must patiently endure for the sake of the gospel. Let’s turn what the enemy meant for harm into something which glorifies God. Let’s encourage others to draw nearer to a loving Father as we praise Him with all our heart…in spite of our chains.