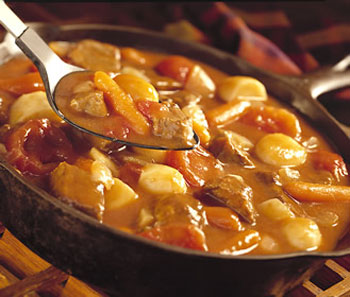 When Isaac was sixty years old, his wife Rebecca gave birth to twin sons. Esau was born first, followed immediately by Jacob; “with his hand grasping Esau’s heal” (Genesis 25:26). Esau grew to be a skillful hunter while Jacob stayed more around the tents with his mother.

In the days of Esau and Jacob, the firstborn son was given a special honor called the birthright. The child having the birthright received a double portion of the family inheritance as well as the eventual privilege of family leadership. The birthright could be traded, but all future birthright blessings were then lost.

Genesis 25:29-32
“Once when Jacob was cooking some stew, Esau came in from the open country, famished. He said to Jacob, ‘Quick, let me have some of that red stew! I’m famished!’ Jacob replied, ‘First sell me your birthright.’ ‘Look, I am about to die,’ Esau said. ‘What good is the birthright to me?'”

Esau was a young man who lived “in the moment” and traded his birthright for a bowl of stew. He placed much greater value on immediate gratification than on future blessings; and he exaggerated his immediate need in order to justify the future loss. The mighty hunter may have been hungry – maybe even VERY hungry – but he certainly was not about to die.

Esau’s decision to let go of his birthright was based on the temporary needs he could see and feel. His focus on the immediate caused him to lose the blessings which were greater and long lasting, but unseen. Jacob would later steal Esau’s final blessing from their father, but Easu freely gave away his birthright blessing because he never understood its true value.

Similar trades are being made today. We just don’t understand (or believe) the value of blessings. When a child leaves home in rebellion, they trade the blessing of an honoring relationship with their parents for perceived pleasures of immediate freedom. When a spouse pursues a relationship outside of marriage, they trade the blessing of a God-honoring union for perceived pleasures of the flesh. And when we fail to “wait upon the Lord” with decisions, we have allowed our impatience to trade away the blessing of walking in God’s perfect will. We may spend a lifetime understanding the value of this blessing!

So what bowl of stew are we trading for today? God has promised a blessing for those who believe in Jesus as Lord and Savior, for those who trust in Him for the forgiveness of sin and walk daily in His light. He has promised to set us free to live a life of true peace, purpose, and contentment; and an eternal glory in His presence when we die. ALL worldly pleasures will one day fade away; “For what is seen is temporary, but what is unseen is eternal” (2 Corinthians 4:18). Let’s devote our lives to worship and obediently follow wherever He leads. Let’s keep our eyes on the eternal and NEVER trade the blessing.