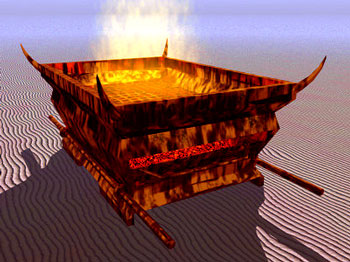 Through Jeremiah, God called His people to return and worship Him as the One True God: “Tell them everything I command you; do not omit a word. Perhaps they will listen and each will turn from his evil way” (Jeremiah 26:2-3). His words reflect the heart of a Father longing to be reunited with His children. We can almost feel God’s heart breaking as He tells Jeremiah how far His children have fallen.

When God led the Israelites out of Egypt, He warned them about following the practices of the local people; “You must not do as they do in the land of Canaan” (Leviticus 18:3). The Canaanite values were evil and in conflict with the way God was calling His children to live. In fact, anytime we seek to follow the path of God, we soon discover the values of the world are often in conflict with the values God calls us to hold.