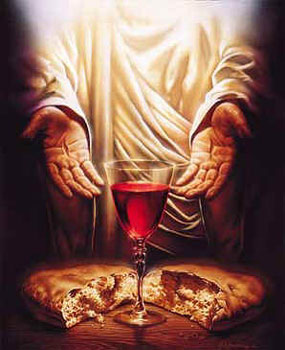 The messages around Easter consider the sacrifice of Jesus as the payment for our sin. His sacrifice on the cross occurred during the Jewish Passover, a yearly time of celebration and remembrance ever since God led the nation of Israel out of Egypt.

Romans 5:6
“At just the right time, when we were still powerless, Christ died for the ungodly.”

I’m often grieved by the lack of thankfulness in the world…and in my own heart. I’m saddened by those who do not know God and fail to see His loving hand in all creation. I’m saddened by the Jewish people who have all the history of God’s love but, as a group, have lost their deep reverence and worship. But mostly I’m saddened by Christians who place their trust in the sacrifice of Jesus, and yet live their life with an attitude which says: What have You done for me lately? God, You must not care about me because my job no longer satisfies, or my finances are a mess, or I’m unhappy in my relationship.

Can we even begin to understand how this must sound to God? When we were still powerless – when we were dead in our sin – God sent His Son to die so we could live! We live because of His love, yet we complain and grumble because of trivial fluff. Shame on us! Shame on me!! If everything were stripped away and all we had was Jesus, would He really be enough? And if He is enough, don’t we then already have ALL we need?

Through faith in the sacrifice of Jesus, we are given the ability to stand and live in the presence of a Holy God – His death and resurrection is completely sufficient! But He did even more! He gave us His Spirit to strengthen us and guide us in His truth, and He gave us His peace which surpasses all human understanding. Let’s remember the blessings we’ve already been given. God looked down and sent His One and Only Son – Dayenu! Jesus is Enough!!