Believe and Be Restored 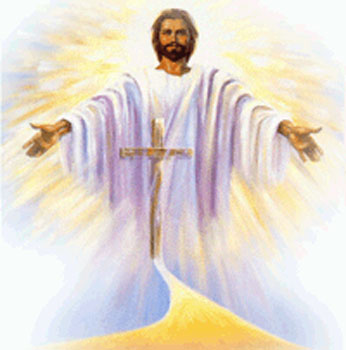 When God created man, He gave him dominion over all the earth; “fill the earth and subdue it” (Genesis 1:28). Man was created with a great amount of freedom. He was to take care of God’s Garden and obey a single command: “You must not eat from the tree of the knowledge of good and evil, for when you eat of it you will surely die” (Genesis 2:17). Adam did not believe what God said was true and he ate fruit from the tree. His sin (failure to believe) caused man to be separated from God.

When God used Moses to lead His chosen people out of Egypt, He gave them rules for their personal, social, and spiritual life. If these rules were obeyed, God promised to restore His people to a right relationship with Himself; “If we are careful to obey all this law…that will be our righteousness” (Deuteronomy 6:25). But the people did not obey God’s law and so remained separated. Their lack of obedience demonstrated a lack of belief that what God said was true.

When God sent His Son as the final sacrifice for our sin, He gave one basic command: “Believe in the one He has sent” (John 6:29). Those who do not obey this final command (those who do not believe) are condemned to an eternal separation from God. But those who believe in Jesus Christ are restored!

Hebrews 8:10
“This is the covenant I will make with the house of Israel after that time, declares the Lord. I will put my laws in their minds and write them on their hearts. I will be their God, and they will be my people.”

Relationship with God has always been based on belief – a belief that what God said is true. But for this belief to be real it was always expected to produce obedience. The wonder of our relationship today is that God gives us His law written on our heart AND He gives us His Spirit to guide and strengthen us to obey; “And I will put My Spirit in you and move you to follow My decrees and be careful to keep My laws” (Ezekiel 36:27).