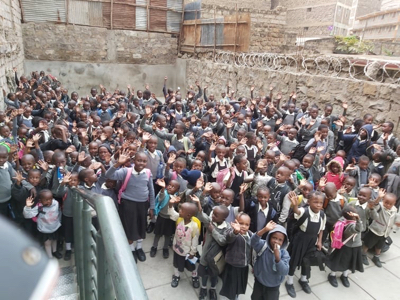 Two weeks ago I reported on the discouraging news that the Kenyan government had mandated that all schools in Kenya are to remain closed until January and that all students are to repeat this educational year. The mandate remains in place and we have been trying to decide what to do with our staff. Could […] 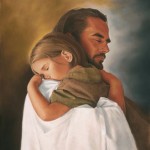 Secure in His Presence

Jehoiakim was king of Judah just prior to the first Babylonian invasion in 605 B.C.. He had become comfortable in the security of the palace, and an alliance with the Egyptians made him feel even more protected. But Jehoiakim led the people of Judah further away from God; “he did evil in the eyes of […] 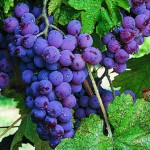 Strain Toward the Vine

Our life in these mortal bodies will always fall short of God’s standard. From the moment sin entered the world, we’ve been unable to satisfy God’s requirement of perfection. But, knowing our weakness, God gave His Son as a sacrifice to make perfect those who believe; “By one sacrifice He has made perfect forever those […] 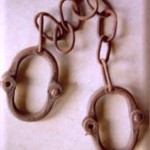 In the message “Faith to Move Mountains” we saw that, though our faith may appear small, all genuine believers in Jesus Christ have the faith to move any and all mountains which stand between us and a close relationship with our Heavenly Father. HOWEVER…Not all trials represent mountains which must be moved! Many things we […] 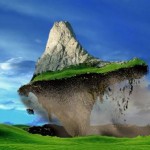 In the message “The Mountain of Faith” we saw the faith of Abraham as God told him to climb the mountain and sacrifice Isaac. But, more importantly, we saw this as a picture of what it means to truly believe. Jesus said, “whoever believes in Him shall not perish but have eternal life” (John 3:16), […] 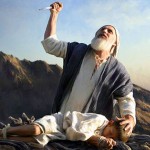 In the message “The Mountain of Faith” we were encouraged to believe with a faith which is secure enough to surrender ALL to our Lord and Savior. We saw an example of this faith in Abraham as he was given a son and then told to surrender him as a burnt offering; “Take your son, […] 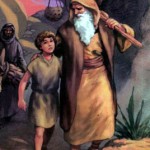 The Mountain of Faith

When Abraham was over eighty years old, God made him a wonderful promise: “A son coming from your own body will be your heir. Look up at the heavens and count the stars – so shall your offspring be” (Genesis 15:4-5). Many years went by without any indication that God would fulfill this promise. Finally, […]