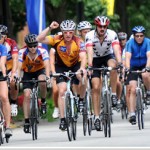 Only six more weeks until the start of the Pan Ohio Hope Ride for the American Cancer Society. During this ride I will be biking across Ohio, 328 miles in four days, to raise support and to bring more awareness to cancer. You can support this ride through the following link: http://main.acsevents.org/goto/Troxel Thanks so much! […] 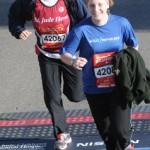 Last January our twelve year old daughter was diagnosed with an advanced stage of ovarian cancer. The next few months were a blur of doctor visits, surgeries, chemotherapy, and lots of…closeness. I’m not yet able to be thankful for our season of cancer treatment, but now, a full year after the end of treatment, I […] 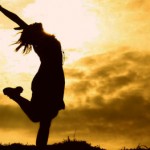 Today is Thanksgiving in the United States. I know this isn’t a global holiday, but perhaps you will forgive me if I use this day to write a special Thanksgiving message. This has been a difficult year for our family. In fact, the first five months were the most difficult of my life. Many of […] 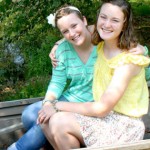 Wow! What a difference six months can make. Six months ago our 13 year old daughter, Kaylee, had been diagnosed with an advanced stage of ovarian cancer and we were struggling through surgeries and several rounds of chemotherapy. We shaved her head on her birthday in March, she rarely smiled, and it was a struggle […] 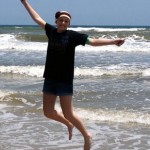 In the message “Without Compromise” we were encouraged to follow the path of God’s truth and refuse to compromise, even when the perceived consequences are dire. The message considered Shadrach, Meshach, and Abednego as they were being threatened with certain death in the fiery furnace. Daniel 3:17-18 “If we are thrown into the blazing furnace, […] 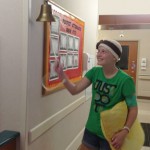 Ringing of The Bell

On the Children’s Cancer floor at MD Anderson Hospital in Houston there is a tradition that, when the last scheduled round of chemotherapy has been completed, the patient is allowed to ring a bell in triumph. This is a joyous event which encourages all who have been involved in the process, as well as others […] 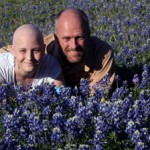 Every Moment is a Gift

I knew the question was coming. I guess I’m surprised she hasn’t asked before now. But this week, when her stomach pain was causing tears, she asked; “Why is this happening?” And there it was. After three months of tests, surgery, and three rounds of chemotherapy for ovarian cancer, after three months of near constant […] 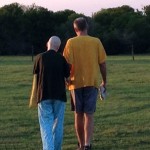 The timing of chemotherapy is designed so that just as you start to somewhat regain your strength, just as the white blood cells have rebuilt and are able to fight off infections, and just as the carnage of massive doses of chemicals in your bloodstream have finally been repaired, you are scheduled to start all […]

Thank you for all of your prayers and encouragement through this difficult time. I will be riding this summer in an event to raise money for the fight against cancer. I will be riding with a team called Kaylee’s Krew in honor of my daughter. All donations are being given directly to the American Cancer […] 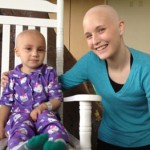 I was going to title this message “Cancer Stinks” – actually, I was going to use a stronger word than “stinks” – but, although it would have captured my thoughts about the cancer struggles with my daughter, it placed the focus on the cancer rather than the ones who are really in the middle of […] 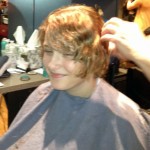 Ten days ago, she said, “I don’t think I can do this for three more months.” And then she started to cry. It’s been two weeks since I sent an update message on Kaylee, our twelve year old daughter who is walking through the journey of ovarian cancer. Thanks again for all of your prayers […] 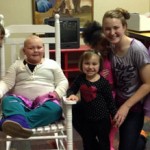 The Faces of Cancer

It’s been a difficult week here at MD Anderson Hospital in Houston. Kaylee’s chemotherapy treatment was delayed because she had some internal bleeding which was causing severe pain.  However, after a short procedure to stop the bleeding, a noisy night in the Intensive Care Unit, and many long hours of monitoring her blood counts to […]