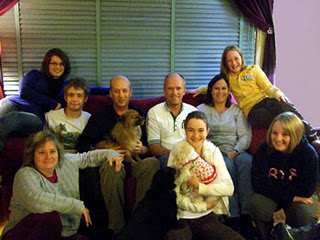 I want to share two personal stories related to the message “Leave No Regrets”. The first occurred as I was getting the message ready to send. I had just come back from saying goodnight to our two younger daughters and the bedtime routine had not gone well. Most nights it does. We kiss and pray, say something sweet, and turn out the light. But last night I seemed to be on edge and bedtime got way too late. My words were not sweet, my prayer was extra short, and I’m sure both girls were feeling quite sad by the time the light switch was turned off. Then I sat down to put the finishing touches on the message – you know, that message which exhorts thousands of people around the world to glorify Christ in ALL.

It didn’t take long for conviction to set in. At first I was able to suppress the flashing sign from the Spirit, but then I got to the end of the message, “live toward an end which will leave no regrets.” Yes, I regretted the way I spoke. I went back to their room and apologized. Kids are great. I’m their hero once again.

The second story occurred a few months ago as we were traveling. We saw some great sites on our journey, but the highlight for me was visiting with my brother who I haven’t seen for seventeen years. No one planned for there to be such a long separation. There was no big falling out. We just never saw each other…and seldom even talked.

I’ve tried to determine why this separation occurred. Sure, there was a problem with the physical distance, but I confess the main reason was my tendency to become involved in my own world. My intentions were good, but I fell way short with making the effort to stay connected.

During the last several years as I’ve pondered more about things I might regret if life were to soon end, the lack of relationship with my brother has always been at the top of the list. Did I mention he has a wife and three kids – these would be my nieces and nephew…the youngest who is now seventeen. The last picture I have is holding my nephew as a six week old baby. Wow, life goes by so fast!

Ephesians 4:2-3
“Be completely humble and gentle; be patient, bearing with one another in love. Make every effort to keep the unity of the Spirit through the bond of peace.”

The several day visit went extremely well! I was nervous about how it might go, but I could not have imagined a better time. My brother is a great cook, he’s funny, and he loves his family.

I often write about the world system which pulls us to live by a different set of priorities. We are enticed to live only for our own desires, but our call is to others – to the unity of the Spirit through the bond of peace. Let’s look for ways to strengthen the bond of peace, especially with those who are family or long term friends. There will always be barriers and forces which fight against this bond, so let’s be determined to make every effort.