Wisdom of The World 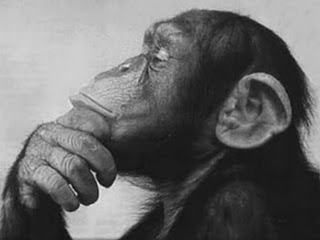 There are many influences which compete for our attention; many different inputs which seek to shape our view of the world and, in turn, direct how we make decisions about our life. There is also an enemy who greatly desires to win this competition. The enemy is battling for the hearts of men, women and children; and he knows if he can win the battle of the mind, the heart will remain his.

Many of the battle lines are easy to recognize. For example, the direct assault from various forms of sexual temptation and drugs claim numerous victims every day. But there are many other plans of the enemy which place hidden mine fields along the path and destroy those who are not careful where they step. Perhaps the best disguised and most effective weapon of the enemy is that of worldly wisdom.

Since the Garden of Eden the enemy has propagated a set of values which sound wise and appealing, but which consistently lead down a path of destruction. His “wisdom” attempts to define happiness and success – tells us we must achieve, push, and obtain in order to succeed and be fulfilled. But if we will come into the presence of God, we will see the world’s wisdom for what it truly is…foolishness.

1 Corinthians 3:18-19
“Do not deceive yourselves. If any one of you thinks he is wise by the standards of this age, he should become a “fool” so that he may become wise. For the wisdom of this world is foolishness in God’s sight.”

The values of the world are continually promoted in every type of media and from every possible class of people – even sometimes from those who profess faith in Jesus. But these values are lies! They are weapons of the enemy used to pull us away from God…they are foolishness!! And when we choose to live as a captive to world values, we have chosen to live outside of God’s perfect plan; “Anyone who chooses to be a friend of the world becomes an enemy of God” (James 4:4).

God’s plan will always require faith – always require us to be “sure of what we hope for and certain of what we do not see” (Hebrews 11:1). This often means we must have the faith and courage to stand alone. Though the world may label us a “fool,” we must continue (and continue some more) to “trust in the Lord with all your heart and lean not on your own understanding” (Proverbs 3:5).

We are being called to become a fool to the world, but this is not an easy task. We have been well “educated” in the world system, and now must reshape the way we think; “be transformed by the renewing of your mind” (Romans 12:2). This renewal process will take determined, consistent, and intentional prayer and the study of His Word; but God will provide sufficient strength for the process. Let’s refuse to live in a cloud of deception. Let’s make an uncompromising commitment to God and break free from the wisdom of the world.