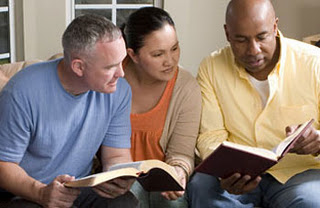 In the last two messages, we’ve seen how Barnabas was an encouragement in the lives of Paul and Mark. We considered how Barnabas must have seen the “Christ-potential” in others and discipled them at critical seasons of their life.

Discipleship involves prayer, teaching, compassion, commitment, and the ability to lead by a Godly example; but there is also an element of discipleship which is extremely active and intentional. When Barnabas saw how Paul was being rejected in Jerusalem, he “took him and brought him to the apostles” (Acts 9:27). When he may have been concerned that Paul was discouraged; “Barnabas went to Tarsus to look for Paul” (Acts 11:25). And when Mark was facing rejection and almost certain discouragement for future ministry; “Barnabas took Mark and sailed for Cyprus” (Acts 15:39).

Each of these events involved much more than a kind word as Barnabas continued on his own path. They involved evaluating the need, and then making the necessary changes in his own path to help meet the need – they involved being intentional.

There was certainly no better example of how to disciple others than Jesus. During His ministry on earth He was an example to all who saw or heard of Him. He taught large groups and ministered to individuals at every opportunity. But with a specific group of twelve, Jesus gave an extra measure of His time and energy to help them grow closer to God and equip them for future ministry.

Luke 6:12-13
“Jesus went out to a mountainside to pray, and spent the night praying to God. When morning came, He called His disciples to Him and chose twelve of them, whom He also designated apostles.”

We ought to do more than encourage when it’s convenient; more than live a Godly life and hope others will follow. In Jesus, we are given a wonderful example of choosing, through prayer, individuals whom we intentionally lead closer to God. This is clearly His command when Jesus says, “go and make disciples of all nations” (Matthew 28:19).

I wish I could say it’s easy to “go and make disciples,” but it’s not. And I wish I could say I’m good at it, but I’m definitely not! Getting schedules and desires to match up seems to get harder all the time, and the process can often become quite discouraging. And yet, we must not give up. Jesus showed us the way and commanded us to follow – this is the only true plan for discipleship!

Let’s continue to lead through the example of a devoted and holy life and encourage those in need at every opportunity. But let’s also take the next step and prayerfully identify those who will receive our special attention for an extended period of time. Let’s pour ourselves into others and help them grow closer to Jesus through intentional discipleship.