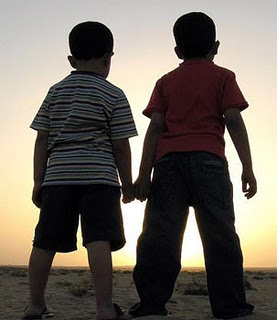 But one man saw beyond the past mistakes; saw beyond the slimy pit from which he had been removed; saw the grace of Jesus which had worked a miracle in Saul’s life – that man was Barnabas! Barnabas believed in Saul, comforted him, and defended him to the other believers.

Saul was on fire for Jesus, ready to preach the gospel with the same energy he once used to persecute the church. But after just a short time in Jerusalem, Saul had to flee for his life back to his home in Tarsus. It’s not clear what he did for the next several years, but there’s no evidence of ministry work until Barnabas, once again, found Saul and provided the necessary encouragement.

We all know someone who can use a lift – someone in desperate need of a friend to believe in them – someone in need of a Barnabas! Let’s encourage others today by believing in the power of Christ working through their lives; by looking beyond what we can see, to what we know Jesus can do with a life completely devoted to Him. Let’s be the spark which reignites the fire in others and helps them return to the great race. Let’s look for opportunities to encourage our Brothers and Sisters according to the example of Barnabas.