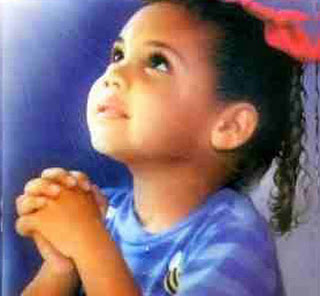 As Moses was about to die, he transferred leadership of Israel to Joshua. God gave His approval of Joshua with the instructions, “Be careful to obey all the law my servant Moses gave you; do not turn from it to the right or to the left, that you may be successful wherever you go” (Joshua 1:7).

Initially, Joshua sought God’s counsel for every step he took. Joshua received direction for crossing the Jordan river (Joshua 3), building a lasting memorial (Joshua 4), renewing the covenant of circumcision (Joshua 5), and defeating the fortified city of Jericho (Joshua 6). In all of this Joshua listened and obeyed; “So the Lord was with Joshua, and his fame spread throughout the land” (Joshua 6:27).

However, after the miraculous success at Jericho – after Joshua witnessed the city walls fall with the sound of a trumpet and a shout – Joshua’s confidence began to grow. When it was time to attack the small city of Ai, Joshua relied on his own strength and the advice of men rather than seeking God.

Attacking the city of Ai seemed an insignificant decision. It was a small city and the Israelite army was mighty. And God had already given general instructions to conquer the entire land and an assurance of victory in battle; “I will give you every place where you set your foot…No one will be able to stand up against you” (Joshua 1:3,5). But, unknown to Joshua, there was sin in his camp – spiritual battles which would hinder any physical victory; “That is why the Israelites cannot stand against their enemies” (Joshua 7:12). The assurance of victory always assumes we are walking with God and trusting in His strength.

When did we last seek and received counsel from God? If it’s been longer than the time it took to begin our last step, we may be attempting to fight a battle we cannot win. We must never presume to know God’s specific plan without asking for specific directions. Just because He said “Go and make disciples of all nations” (Matthew 28:19), doesn’t mean we can presume on His method or His timing; “Apart from Me you can do nothing” (John 15:5).

God will show us the way, but we must ask for His guidance; “I have set the Lord always before me. Because He is at my right hand, I will not be shaken” (Psalm 16:8). Our battles are never won because of our strength or the enemy’s weakness. They are won only as we allow God to guide and then boldly follow where He leads. No matter how insignificant the decision may appear, let’s be sure to walk in His strength and always seek His counsel.