Serve Him in Obedience 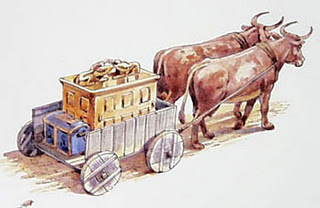 In the last two messages we’ve considered our need to walk with God in continued obedience in order to honor Him and allow us to experience His very best. God’s plan is that we learn to live in His presence and become “conformed to the likeness of His Son” (Romans 8:29). This means we must listen intently for God’s direction and follow where He leads, not just blindly walk down what appears to be His path.

David was crowned king of Judah soon after Saul died in about the year 1010 BC. About seven years later, all of Israel acknowledged David as their new king. One of David’s first actions as king was to attempt to move the Ark of God from the home of Abinadab to Jerusalem. David and all the officials believed that by making the Ark a more central focus for the nation, God would bless all of Israel.

This was a very exciting time. The Ark was being transported on a new cart pulled by oxen, and over thirty thousand people were “celebrating with all their might before the Lord, with songs and with harps, lyres, tambourines, sistrums and cymbals” (2 Samuel 6:5). But even during this time of great excitement, God clearly demonstrated the need for obedience.

2 Samuel 6:6-7
“When they came to the threshing floor of Nacon, Uzzah reached out and took hold of the Ark of God, because the oxen stumbled. The Lord’s anger burned against Uzzah because of his irreverent act; therefore God struck him down and he died there beside the Ark of God.”

Uzzah’s intentions were good, but God considered his actions “irreverent.” Uzzah desired to serve God by keeping the Ark from falling to the ground, but his enthusiastic and well intentioned actions were not directed by God. In fact, Uzzah’s actions were in direct conflict with God’s Word.

During the time of Moses, God had given instructions that the Ark should be moved with poles (Exodus 25:14-15) and that anyone who touched the Ark must be put to death (Numbers 4:15). Uzzah served where he thought there was a need, but he served at the expense of true obedience.

We must learn great sensitivity to God’s leading. Seemingly godly action, if done outside the will of God, is sin. We must never assume that what “looks” good and godly is truly of God. Our Heavenly Father will always be faithful to lead us in His perfect will. But we must be willing to spend time (often, lots of time!) worshiping at His feet, communing with Him in prayer, and waiting patiently for His direction. As we serve our Lord, let’s do so with great enthusiasm; but let’s always allow Him to lead and serve Him in obedience.