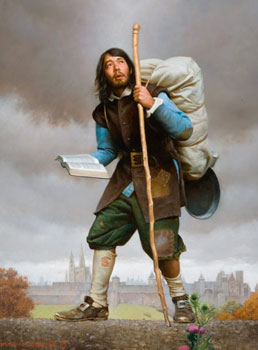 In the message “Don’t Strike The Rock” we saw how Moses disobeyed God’s command with obtaining water from the rock. God called Moses’ disobedience a lack of trust and punished him quite harshly; “Because you did not trust Me enough to honor Me as holy in the sight of the Israelites, you will not bring this community into the land I give them” (Numbers 20:12). God did not destine Moses for failure; rather, He sovereignly allowed Moses to choose which path he would travel.

Nearly forty years earlier, God allowed the entire nation of Israel to make a similar choice. When God brought the people out of Egyptian slavery, His plan – His destiny for His chosen people – was to lead them into the promised land of Canaan. But when the twelve spies gave their report, the people chose the path of fear and disobedience.

God always attributes disobedience to a failure to believe and trust; “How long will they refuse to believe in Me?” (Numbers 14:11). God was about to “strike them down with a plague and destroy them” (Numbers 14:12), but Moses pleaded for mercy; “In accordance with Your great love, forgive the sin of these people” (Numbers 14:19). God heard Moses and was indeed merciful.

Numbers 14:20-23
“I have forgiven them, as you asked. Nevertheless, not one of the men who saw My glory and the miraculous signs I performed in Egypt and in the desert but who disobeyed Me and tested Me ten times – not one of them will ever see the land I promised on oath to their forefathers. No one who has treated Me with contempt will ever see it.”

Today, those who receive the gracious gift of eternal life through faith in Jesus are God’s chosen people. We have believed and promised to walk in obedience, and He has promised to forgive us when we disobey and even when we fail to trust Him with ALL our heart. But God also has a plan – a destiny – for His chosen people; “For those He foreknew He also predestined to be conformed to the likeness of His Son” (Romans 8:29).

Our Heavenly Father knew us before the foundations of the world, and, in His perfect plan, has destined us to walk in faith and become more and more like Jesus. But He also gives us the freedom to choose. Every day we must choose to walk in faith – choose to trust and believe. Every day we either walk down a path of obedience or down the destructive path of sin. Yes, God will forgive; but He also will not withhold His discipline!

Let’s live each day in obedient faith and continue to believe His Word is true. Let’s submit our lives to His conforming Hands and trust Him to guide us down the path of our perfect destiny.