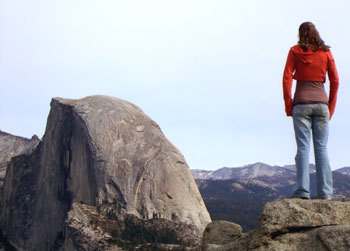 Solomon was the third king of Israel, the son of David and Bathsheba. And although not the eldest son, he was chosen by David to be his successor. As David was about to die, he gave Solomon some final counsel for ruling the kingdom.

1 Kings 2:2-3
“Observe what the Lord your God requires: Walk in His ways, and keep His decrees and commands, His laws and requirements, so that you may prosper in all you do and wherever you go.”

David knew that Solomon would influence an entire nation – influence it either toward the good…or the bad. This was an awesome responsibility which would require a deep commitment to God.

Solomon initially established a God-centered kingdom; “Solomon showed his love for the Lord by walking according to the statutes of his father David” (1 Kings 3:3). He ruled with great wisdom and spent seven years building a magnificent temple in which God would be worshipped. Yet Solomon failed to demonstrate total commitment to the One True God.

Solomon married many women from the surrounding nations and allowed these wives to turn his heart toward other gods; “His heart was not fully devoted to the Lord his God” (1 Kings 11:4). God was greatly angered at Solomon’s lack of commitment and rose up enemies who would eventually divide the kingdom and create civil war.

In a sense, every believer in Jesus has been given a kingdom. Jesus said, “the kingdom of God is within you” (Luke 17:21). This kingdom is established when we believe, in faith, that Jesus died for our sins; it is therefore a kingdom of “righteousness, peace, and joy in the Holy Spirit” (Romans 14:17).

The kingdom we have been given is more precious than ANY other. But, as with Solomon, it is also a kingdom which must be “ruled” with an absolute, undivided love for the Lord, with a commitment to walking in the ways He establishes for our life and worshiping Him with the pure focus of our heart.

If we desire God’s kingdom to remain firmly established and at peace in our life, then we must keep our heart fully devoted to Him and guard against the influences which seek to pull us away. Let’s not become distracted by the other “gods” of this world. Let’s make the necessary adjustments to our priorities and schedules which will allow us the time to continually draw closer to the one true God and prevent a divided kingdom.