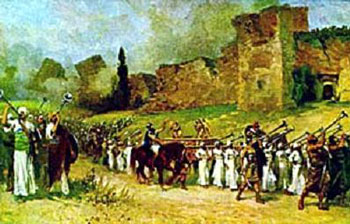 Let’s submit our lives into the loving hands of our Heavenly Father and boldly enter the peace-filled land He has promised. The lion will continue to roar and try to bite, but we must never forget that Jesus has already assured complete victory. When we trust Him with all our heart and daily walk in His strength, we truly face a defeated enemy.