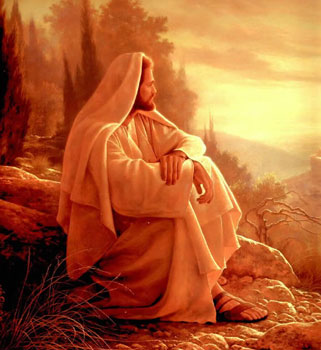 On the evening before He was crucified, Jesus ate one last meal with His disciples. For three years, the disciples had been instructed by Jesus and witnessed His miracles. He had taught them many lessons about the Kingdom of God…and about His upcoming death: “He will be handed over to the Gentiles. They will mock Him, insult Him, spit on Him, flog Him and kill Him” (Luke 18:32).

Now with less than one day to live, Jesus told His closest companions that one of them would soon betray Him; “The hand of him who is going to betray Me is with Mine on the table” (Luke 22:21). Naturally, the disciples were shocked! But their focus soon turned to trivial matters.

Luke 22:23-24
“They began to question among themselves which of them it might be who would do this. Also a dispute arose among them as to which of them was considered to be greatest.”

These men were eating supper with the Creator of the Universe and witnessing the most awesome events in the history of the world. And yet, in this last day, with only a few remaining hours, their concerns drifted to matters of position and status.

It’s tempting to criticize these first disciples: “How could they be so self-consumed?” But then, how often do we make this exact same mistake? With our eternal Home just around the corner, and a Savior who is willing to walk every day by our side, how often do we become absorbed in the non-eternal?

Sure, we have responsibilities and concerns in our daily walk. Our finances or health may look uncertain and require extra effort. The harsh words of others may offend and cause very real pain. But when properly viewed against the backdrop of eternity, each worldly issue must shrink to the near trivial. If we really understood the glory we will one day see and how soon all else will fade away, we would be much less concerned about how things appear in the eyes of the world.

With wonderful hindsight we can say the disciples should have known their time with Jesus was short. They should have seen the events unfolding, taken advantage of every precious moment, and worshipped Him with every breath, every heartbeat, every thought, and every word – but they didn’t.

And now, with the foresight given through God’s Word and the guidance of His Spirit, we face the same challenge! Our Father has called us into a deep and personal relationship with Himself through faith in His Son – and our time is very, very short (much shorter than we realize). What concerns or passions will consume our time and energy? With all we have been given, what will we now do with this last day?